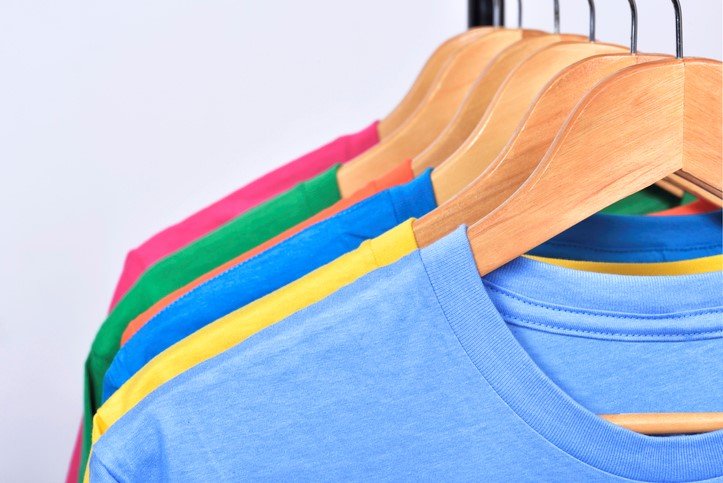 Patel founded Single Grain, a California based digital marketing company, in 2005. With a background in SEO marketing, Patel gave himself a one-year window to gain as many clients as possible. Though he describes himself as motivated and driven, Patel says a tendency toward laziness was a key that opened the door for his marketing success:

“As soon as I started making money with Single Grain, one of the first things I did was to go out and get some T-shirts made. Not because I thought it’d be some genius marketing move, but because I knew I’d be able to wear them every day and never have to go clothes shopping again. I started out with an order of 25-30 shirts and . . .  I decided to give [several] away to friends. I posted to Facebook to see who wanted a few shirts and was surprised when I ran out just a few hours after the message.”

Patel quickly realized he was onto something bigger than a simple merchandise rush.

Patel started printing a variety of shirts and giving four or five to everyone interested. More than 500 people began wearing them around town, and eventually, Single Grain credited the T-shirts for nearly $980,000 in profits. By 2013, Single Grain had developed into a powerhouse agency with revenues above $3 million.

The Exponential Power of Promotional Products

Promotional products allow people to see your brand and remember you, drawing a whopping 500% more referrals from customers who are satisfied with the gift. Like a business card with a bang, clever promotional products build good will, name recognition, and expanded brand exposure.

Since Patel wore his shirts everywhere, people would continually ask, “What is Single Grain?” Patel was ready with a 30-second elevator pitch and corresponding business cards. Patel said the opportunities this generated were astounding:

“No joke – this happened everywhere.  It happened while I was waiting for a haircut at Super Cuts, while I was working out at the gym and while I was racing at the track . . . I even landed a 50K client while I was getting a massage!  These conversations alone led to about 40% of the 500K I made through my T-shirts.”

2. They opened doors into larger companies.

Because Patel was in the Silicon Valley area, his friends often wore his shirts to work at high power companies like Apple, HP, Google, and Wells Fargo.

Co-workers and bosses were intrigued and couldn’t help asking about Single Grain. Eventually, Patel credited 30% of returns to the nibbles he got from this networking.

T-shirts offered an inexpensive way to build momentum. Eventually, potential customers became much more comfortable considering Single Grain because the brand was familiar. When prospects came with questions, they were more trusting because the brand already had a life of its own.

Add A Personal Touch with Your Giveaways

While the T-shirts built momentum, Patel says the authenticity drove single Grain’s success, so when YOU give away freebies, remember it’s about the relationship, not just the merchandise:

“When I go in my bag, hand a T-shirt to someone and say “Thanks for being an awesome customer” or “I’d love you to be one of our customers,” they don’t forget that. It’s not just the T-shirt. It’s that experience, and the memory of it, that’s so powerful.”